In this video threading guide, I’ll be showing you how wind the bobbin, how to prepare the shuttle, and how to thread the Singer 128 and Singer 127 sewing machines. If you have a knee pedal version, I’ll also show you how to to install the knee bar lever. I’ll perform the demonstration on my model 128. The model 128 can be considered the little sister of the model 127, which is the same machine except at ¾ the size.  There are another pair of similar machines, model 27 and model 28, which are often confused.  If you’re not sure which one you have, scroll to the bottom of this post for an identification guide.

My Experience with the Singer 128 Vintage Sewing Machine

I’m going to be honest with you: I purchased this machine purely for the aesthetics.  It came in the bentwood case, and the decals, despite not being in the best shape, really appealed to me.  It features the “La Vencedora” decal style.

Here is a photo from my Instagram account from Christmas, where you can see the machine on display.  (You can also see the tree skirt that I have a tutorial available for right over here.) Even when it’s not Christmas, I had it on this hallway table.  Eventually, we renovated our living room / kitchen and we replaced the wall where the table was with a passthrough window.  We no longer had room for the hallway table and the machine ended up going into storage.

I had never actually used the machine that entire time. In fact, I hadn’t even tried threading it. So this month, I pulled it out and tested it, to see if the machine worked at all. I was happy to see that after threading it, it sewed easily.  I only had one problem, and unfortunately, the problem still persists.  Sometimes when I press the knee bar, the machine resists starting to thread.  It feels like it’s not catching the motor.  I think it could be a problem with the belt.  However, when I manually turn the handwheel a few stitches then press the knee bar, the machine starts going.  It’s something I’ll have to experiment with some more.

Now I’m going to include a text-copy of the how to thread Singer 127 or Singer 128 video above.  However, I truly recommend following along with the video because I show close ups of all the steps.    Don’t forget to make it full screen!

If your version of this machine includes the knee pedal, the case includes a handy storage area for the knee control lever bar. Simply push the lever into the hole, lining up the flat edge with the corresponding shape inside the hole.  Easy peasy. To operate the knee control, simply press your knee or thigh to the right against the lever, and the machine will start stitching. The harder you press, the faster you will sew.

How to Wind the Bobbin

How to Thread the Shuttle

How to Install the Shuttle

You can access the shuttle and bobbin area by sliding the metal plates.

With your threaded shuttle, insert the shuttle into the shuttle carrier, pointed end facing the front of the machine.  Leave at least three inches of thread leading out from the shuttle and close the slide plate, leaving just enough room for the thread to easily draw out from below. 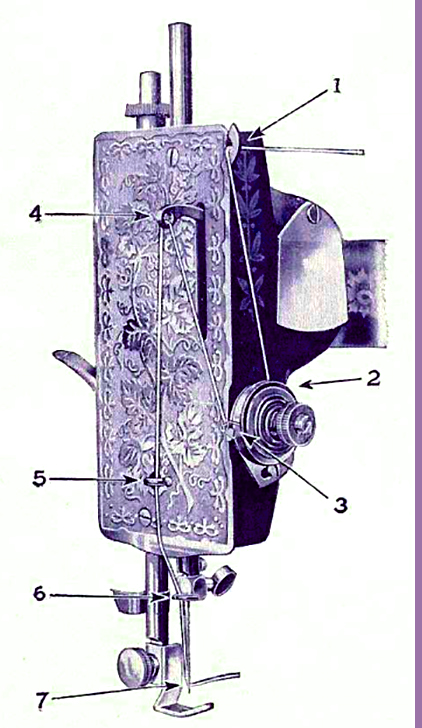 How to Thread the Machine

I mentioned at the beginning of this blog post that you can follow along with threading instructions for the Singer model 127 or Singer model 128, and that the difference between the two is just size.  How can you tell which is which?  Or is the machine you have actually one of these machines?

Prior to the late 1950’s, most Singer sewing machines did not have a model number on them, which can make it tricky to figure out what you have.  Where I live in Canada, it’s pretty common to find Singer 27, 28, 127 and 128 sewing machines donated to the thrift stores. I’ll tell you about the key features that will help make it clear which model is which. 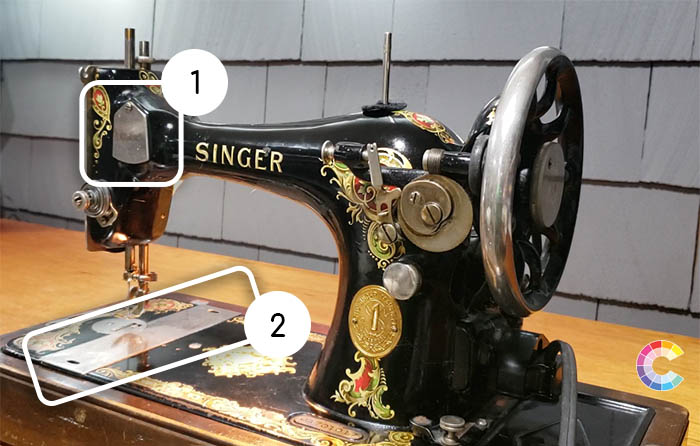 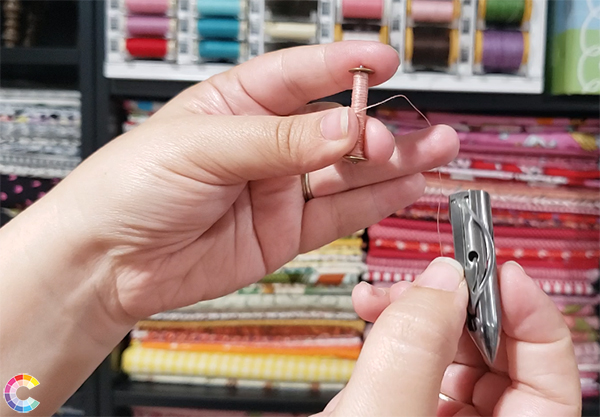 Something to keep in mind is that while the bullet-shaped shuttles may look similar at a glance, they aren’t actually interchangable between the two pairs of model generations.

Which of these machines do you have in your vintage sewing machine collection? 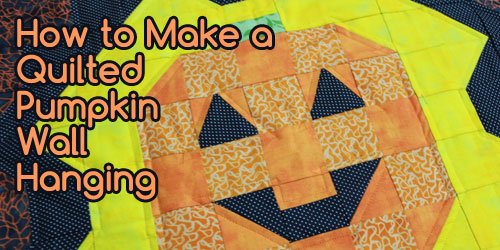 How to Make a Quilted Pumpkin Wallhanging