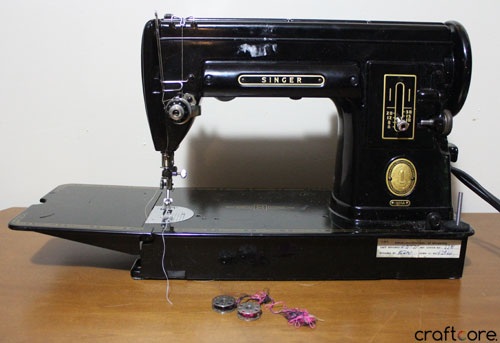 My Singer 301 sewing machine has become my favourite sewing machine for piecing quilts.  It’s one that I would recommend to any quilter looking for a solid straight stitch machine.

I never really sought out the Singer 301 – it wasn’t on my list of must-haves.  I had read great things about the machine, but I didn’t think that I actually needed to seek it out because I had machines that could do the same things that the 301 could.  So why did I add this machine to my collection?

The Back Story of My Singer 301

I wrote a post recently about my two Singer Featherweight machines.  My first Featherweight was missing some parts, including the bobbin case.  Whenever I go thrifting for sewing machines, I always look inside to see if there is a bobbin case included because they tend to get lost over time.  Bobbin cases can unfortunately be quite pricey for such a tiny piece of metal! 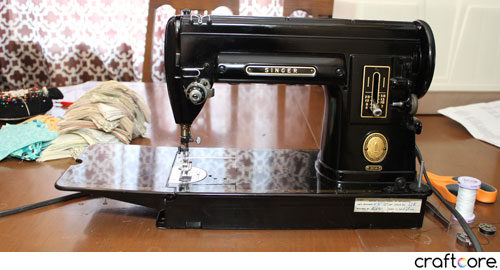 More About the Singer 301

It took me a while to get this machine in working order but there were no major problems..  There were issues with tension but eventually I was able to get it to output a perfect stitch.

My Singer 301 came with two bobbins. They were wound with thread already, and when I unwound them to replace with a full bobbin of black and white thread respectively, I found multiple colours of thread hidden inside.  Many of my other vintage machines had bobbins with multiple threads.  It was a common practice, done as a way to conserve thread.  I don’t think I would personally have the foresight to be able to plan when I could go back to one of my hidden colours.  I’ve since purchased more bobbins so that I wouldn’t need to worry about not being able to match my bobbin thread to my primary thread. 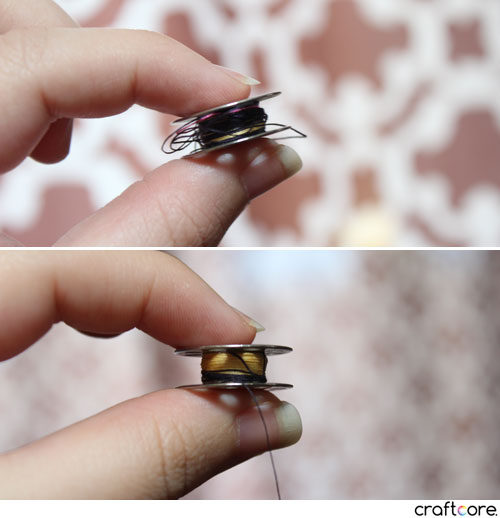 I have fallen in love with this machine, so the next step on my journey with the 301 is to accumulate more slant shank attachments.  I have the standard foot and the quarter inch seam foot so far.

Do you have a Singer 301?  Share in the comments below!

Singer 301 – How to Clean, How to Thread the Sewing Machine, and How to Wind the Bobbin Instructional Video

Jump to the following timestamps to access a certain part of the video! 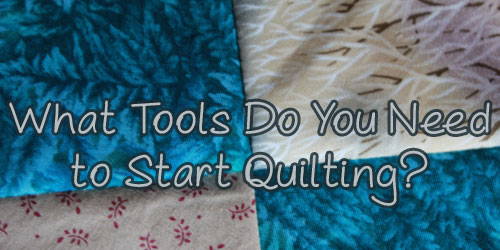 What Tools Do You Need to Start Quilting?

How to Make a Laminated Comic Strip Bookmark without a Laminator