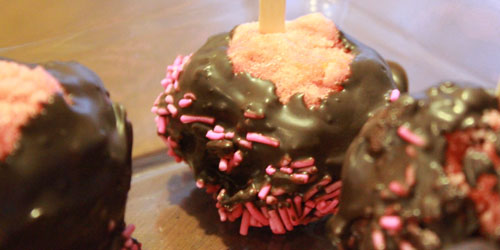 30 Crafty Projects to Complete Before I’m 30

Cake pops are irresistible; they deliver a perfectly sized bite of cake in an adorable sphere shape.  Foods on a stick also have a certain charm to them.  To celebrate my birthday earlier this month, I set out to make my own batch of cake pops.  This was my first project to try in my 30 Before 30 project (my project is apparently off to a rocky start!).

First, let’s take a look at some adorable cake pops.  Brace yourself: mine look nothing like these fantastic looking ones from Love from the Oven.

Yum, that looks great doesn’t it? My adventures in cake pop making turned into a bit of a misadventure, but in the end, despite being oddly shaped, they were delicious. It’s hard to go wrong with sugar and sprinkles, right?  Wrong!

Step 1: Make a cake!
I used a Pink Velvet Cake Mix by Duncan Hines and baked it according to its directions. 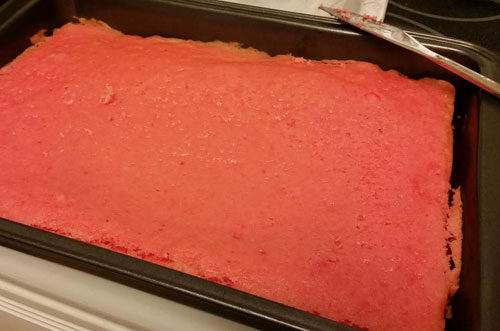 Step 2: Destroy a cake!
I used a knife to score the entire surface of the cake.  I used half of a container of premade icing and mixed it in.  In hindsight, I think I should have used more icing to help avoid crumbling.  The icing serves as a binder to keep the cake from crumbling apart.

Step 3: Cake pops, assemble!
Roll the cake into balls.  I made about 25 balls out of the box of cake mix.  More hindsight: next time I would have made them a bit smaller.  Some of the bigger ones crumbled apart easily.  I used coffee stir sticks as my pop handles.

Step 3: Take a nap!
Let your cake harden a little.  I put mine in the fridge over night after the first few I dipped crumbled apart into a sad mess.

Step 4: Dunk into sprinkles!
I melted dark chocolate (30 seconds at a time until it reached the right consistency), then dipped each cake pop into the chocolate followed by the sprinkles.

As you can see from the picture below, some turned out great, but most did not look photo worthy.  Yikes!  Despite the messy factor, they were extremely delicious to eat. 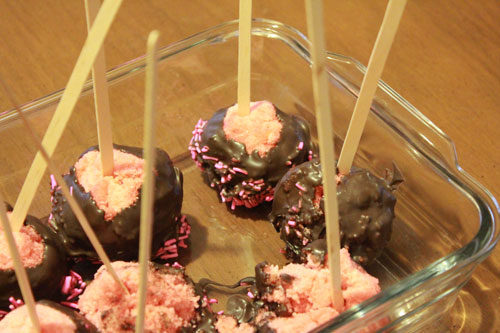 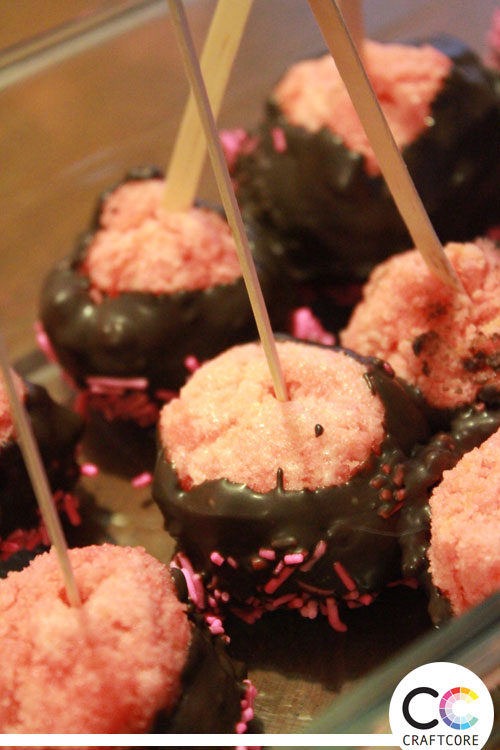 For me, the funniest part was seeing how some of the over-dunked cake pops turned out.  If there was too much chocolate, the chocolate would drip off onto the base of the tray.  It’s hilarious to see these flat-topped cake pops after!

After making all my cake pops, I had leftover bits of melted chocolate and stray crumbles of cake in my dipping bowl.  I scraped the leftovers into a heart-shaped ice-cube tray. These leftover little hearts were actually so much cuter than my actual cake pops!

Maybe I was meant to make molded cakes instead of cake pops after all.

Have you made cake pops before?  How did they turn out? 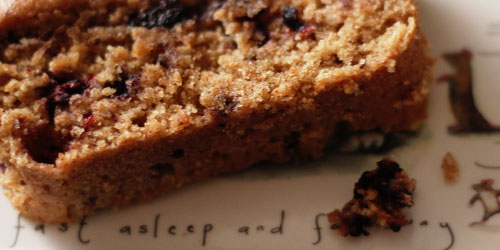 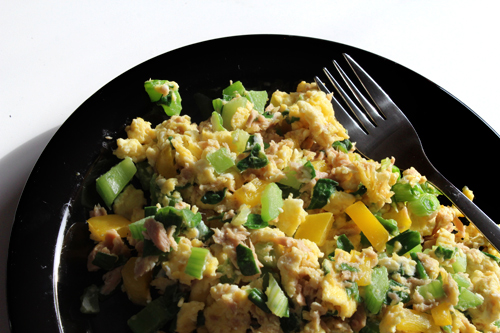